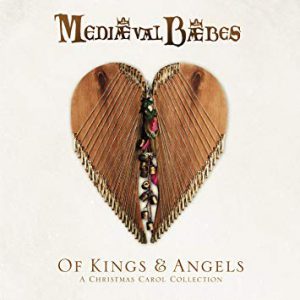 Just listened to this over Christmas. Overall it’s a good album. The liner notes contain the lyrics, with translations where appropriate, and notes on the carols. My listening notes:

3. The Holly and the Ivy. Good. Note this is a different performance from the one on their album Mistletoe and Wine.

4. Ther Is No Rose of Swych Vertu. Meh at best. They should do it more up-tempo.

7. In the Bleak Midwinter. Good.

8. Good King Wenceslas. Ugh, unlistenable. They do stupid, pointless things with the melody, including either quarter-tones or a very bad lead singer. I didn’t finish listening to it. Regarding the quarter-tones, if that’s what they’re supposed to be, this carol was written by some English dude in the 1800s, and plainly this album is intended for an Anglospheric audience. This is the western musical tradition; stick with half-tones, puh-leaze!

9. Gaudete. The version on this album is awesome! Some delightful surprises. I could say more, but…I don’t want to ruin the surprises!

13. In Dulci Jublio. Good. Note this is a different version from the one on Mistletoe and Wine. By the way, the lyrics are a macaronic combination of English and Latin. “Macaronic” in this context doesn’t refer to pasta; it refers to a combination of languages. A Net search reveals that the earliest known version of the lyrics – which are around 700 years old! – are a macaronic combination of German and Latin. A guy named Pearsall translated them into macaronic English and Latin in the 19th century. If the melody sounds familiar, that’s because it’s also been more loosely translated into the carol “Good Christian Men Rejoice.”

14. The Coventry Carol. This is a horrifying “carol” about King Herod slaughtering all the male infants. Yikes! I didn’t listen to it. Why would you put that on a Christmas album!?

17. Corpus Christi Carol. The lyrics are kind of a downer, and the singing is too physically piercing.